Created by Brendon Albertson, TextMix is an internet-based language learning app that uses the MediaWiki API and other existing text databases to automate the creation of novel sentence scramble reading tasks. This type of task involves students reading a text by unscrambling one sentence at a time; it differs from traditional sentence scrambles by providing repeated exposure to a large number of authentic sentences in the context of a text. TextMix tasks are highly customizable, gamified, sharable, and require only a few clicks to create a set of scrambled sentences for an entire text. As such, it holds potential for building understanding of sentence structure, from basic word order to sentence patterns of academic writing, via exposure to a large number of authentic sentences as input.

The "sentence scramble" task, which involves rearranging the mixed words of a sentence into the correct order, can be an effective grammar practice activity. By requiring a focus on word order, sentence scrambles have the potential to improve students’ understanding of sentence structure (Murasawa & Brine, 2010), sentence variety and complexity in writing (Killagallon, 1997), and acquisition of basic grammar structures in English (Wulandari 2019). In addition, because a sentence scramble can be designed to focus on rearranging only certain words in a sentence such as prepositions or articles, it can also be an effective way to draw attention to grammatical forms; this idea informed the creation of the FLAX project (Murasawa & Brine, 2010), which can automate the creation of online sentence scrambles from corpus data. Such web-based language learning activities have been well-received by students (Son, 2008), and have potential to be enhanced by incorporating corpora as sources of authentic text. 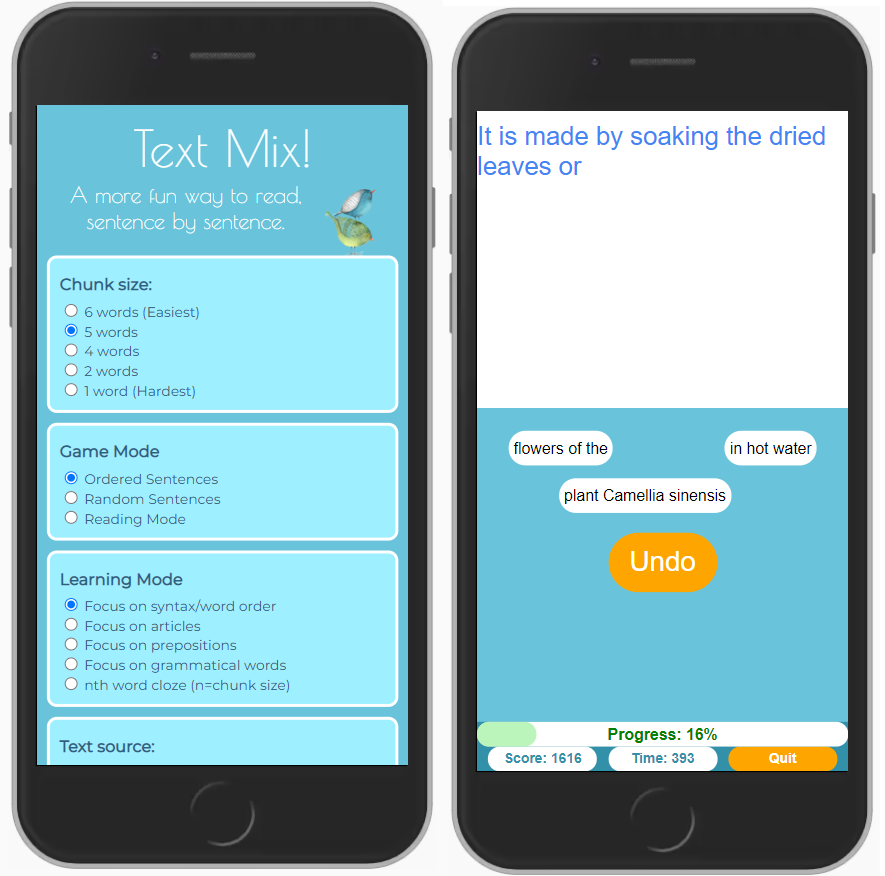